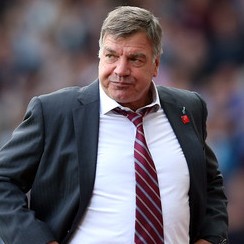 The Hammers face all of last season’s top six clubs within the next two months, starting with the Gunners, in a period that could define their campaign.

The 57 year old said : “We have 11 points from six games so we are delighted that our start has been as fruitful as it has been,”.

“They (Arsenal) are a top four side. This is a big test for the players and whether they can master the quality of opposition.

“Can they understand what they need to do or change their game slightly to get best chance of a result?

“Arsenal are so good at keeping the ball. We will need to concentrate that they don’t get behind us. That is a key area.

“We need to accept that we won’t see the ball as much as other home games, Villa, Fulham and particularly Sunderland.” Arsenal U21 Coach Gatting Full Of Praise For Jack Wilshere