It has been revealed that Sami Khedira believes former Real Madrid teammate Mesut Ozil will inspire Arsenal to the Premier League title. 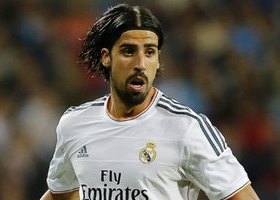 The German international playmaker has been a revelation at the Emirates, helping the Gunners to 10 straight victories ahead of today’s trip to West Brom.

“Arsenal had a strong team anyway, but Mesut makes them the best team in England,” said Khedira.

“I am sure he can be the player that makes things happen for them and win them the championship.

“Mesut is a genius on the field, there is no other way to describe him.

“Of course, there was some disappointment among the players at Madrid because he is the best in his position in the world. But I understand his decision as a player and also as my friend.

“He is already playing amazing football for Arsenal and he hasn’t even got used to the Premier League yet.”