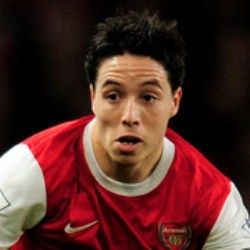 Arsenal ace Samir Nasri has reportedly agreed terms over a new contract with the Gunners.

The Sun has reported that the French international has agreed a new five-year deal to stay at Arsenal worth at least £26million.

It is said that the mega-bucks contract is worth more than £100,000 a week and is a reward for Nasri’s sensational form this season.

The former Marseille star, now age 23, who had 18 months left on his previous contract of around £60,000 a week, has emerged as Arsenal’s attacking leader in the first half of this season.

The news he has agreed terms will be a massive boost to the Gunners ahead of tomorrow’s Carling Cup final against Birmingham.