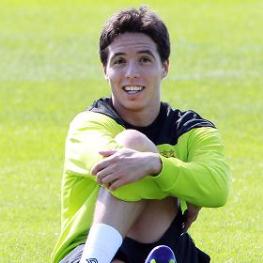 Manchester City signing Samir Nasri has revealed that Arsene Wenger was like a “second dad” to him during his time at Arsenal.

The French international star this week quit the Gunners to join City for a fee believed to be around £24million.

Wenger was reluctant to part with the 24-year-old playmaker but the former Marseille player had made clear his desire to leave and, with just one year left on his contract, the London club admitted defeat.

Yet despite his departure being a blow to the club, Nasri insists his three years with Arsenal, and particularly Wenger, made a big impression on him.

Nasri told City TV : “I will never forget what he did for me,”.

“He was like a second dad. He came to pick me when I was at Marseille. I was an international but I have become the player I am now because of him.

“He always trusted me even when I was injured. When I came back he always gave me my chance. He was always there for me, always talked to me.”