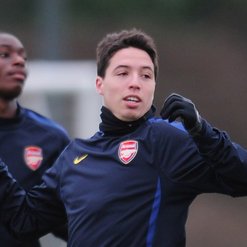 Sensational news are out and it has been revealed that Manchester City are on the verge of beating Manchester United for Arsenal star Samir Nasri.

The Sun reported that the Eastlands club were last night on the brink of completing the £20million transfer of Arsenal’s Nasri.

The French midfielder is close to agreeing a £150,000-a-week deal as City step up their summer spending spree.

The move would be a massive blow to Manchester United manager Alex Ferguson, who had hoped to sign Nasri himself.