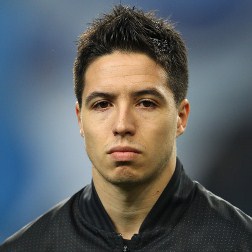 Samir Nasri’s move to Manchester City angered Arsenal fans but he feels he made the best move for his career as City chase the Premier League title while the Gunners labour in pursuit of a top-four place.

He insists, however, he takes no delight in Arsenal’s present situation.

Nasri said:” “I don’t want Arsenal to fall down. ”

“I wanted for them to win the FA Cup or something because I have a lot of respect for the players there and the manager.

“But I know, since I started, I made the right choice.

“We are top of the league, we are still in the Europa League.

“What Arsenal does doesn’t matter. It is my choice.”

He added: “Sometimes it is good to win ugly. You don’t always have to play good football to win.

“Arsenal is the proof of it. They play good football but, at the end, in seven years they didn’t win (any trophies).

“It is difficult for them but the manager has a good philosophy and I know he will find a solution soon.”