It has been reported that Samir Nasri believes Man City’s season could unravel if they lose the Capital One Cup final against Sunderland. 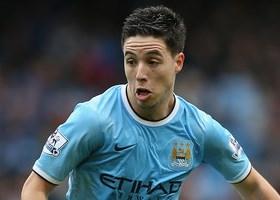 The French international was in the Arsenal side beaten by Birmingham in the 2011 final and remembers how the Gunners subsequently collapsed in the title race.

The 26-year-old said: “I have the experience of losing the Carling Cup with Arsenal.

“After that we only won two games in the league, so a win would be really important for us and the confidence.

“I don’t have good memories (of Wembley) with clubs. I have lost a final there with Arsenal and with Manchester City, but I won there with the national team against England.

“I hope it is going to be the same kind of game.”

Borussia Monchengladbach Yet To Receive Arsenal Offer For Granit Xhaka