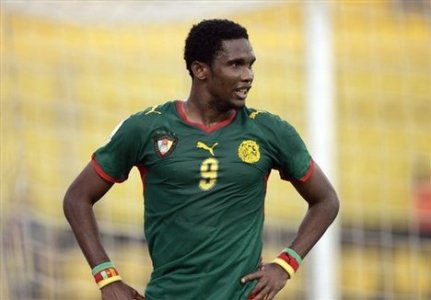 Sensational transfer news are out and it has been reported that striker Samuel Eto’o’s agent has announced that the player has reached an agreement over a possible move to Italian club Inter Milan.

It has been reported that Inter have been in negotiations with Eto’o and his agent for the past few days after Barcelona had an offer of €45m plus the Cameroon striker for Zlatan Ibrahimovic accepted. It is also reported that Belarus international midfielder Alexander Hleb will also be joining Inter on loan.

And, after Thursday’s meeting with the Serie A champions, Josep Maria Mesalles told reporters the deal is all but complete and that there is a complete agreement with Inter.

He also added that the negotiations are complete but it’s not possible to say that the footballer now belongs to Inter because his release from Barcelona has not been resolved yet but said that will not be a problem.

The agent also said that the deal is for five years, and that the player is extremely happy.

Agent : Douglas Maicon Will Be Staying With Inter Milan