It has been reported that Chelsea striker Samuel Eto’o has told Alex Song to quit Barcelona. 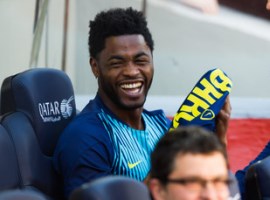 The former Arsenal midfielder is being linked with a return to the Emirates, along with Manchester United.

“At his age, he should play and should be a starter in any team – not a squad player.”