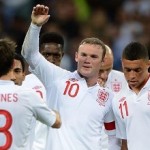 England are without central defenders Gary Cahill, Phil Jagielka, Michael Dawson, Phil Jones and Rio Ferdinand so could field Manchester United midfielder Michael Carrick alongside his club team-mate Chris Smalling. Ferdinand, who was recalled after nearly two years out of the national team, withdrew on Monday saying he could not break the strict training routine that he now follows at Manchester United. Carrick, meanwhile, could start as boss Roy Hodgson’s other options are Joleon Lescott, who is out of the first-team picture at Manchester City, 21-year-old Steven Caulker, and uncapped Newcastle stopper Steven Taylor. Spurs winger Aaron Lennon is out with a hamstring problem, midfielder Jack Wilshere has an ankle injury, and Arsenal team-mate Kieran Gibbs a thigh problem.

Despite their defensive worries, England should prove far too strong for San Marino, who have lost their last 50 international matches, scoring just seven goals and conceding over 200. They are joint-bottom of FIFA’s 207-team ranking table.

Roy Hodgson: “We should have most of the possession and we should take all three points, but we will be taking nothing for granted and we will work hard for the victory while paying San Marino the ultimate respect.”

Giampaolo Mazza: “I am the longest-serving national team boss in Europe and maybe even in the world. I’ve been in the San Marino job since 1998 and I’ve never been a slave to results. We are aware of our level and losing is pretty normal for us. You have to remember that we are one of the smallest countries in Europe, with a population of just 32,000. I’ve got no more than about 50 players to call on, perhaps even a few less.”