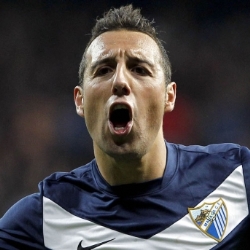 It has been revealed that Arsenal are close to confirming the signing of Malaga winger Santi Cazorla.

PA Sport says Cazorla will be part of the Gunners squad which travels to Germany for a training camp next week if, as expected, the deal is formally completed by then.

Arsenal will take on Cologne next Sunday in a friendly arranged as part of the deal which brought Lukas Podolski to the Emirates Stadium.

The club have not yet been able to formally announce the signing of Cazorla owing to complications caused by the financial plight of his current club Malaga, but the Spanish side’s problems are not expected to jeopardise the completion of the deal.