It has been reported that Arsenal midfielder Santi Cazorla is excited ahead of today’s FA Cup final against Hull City. 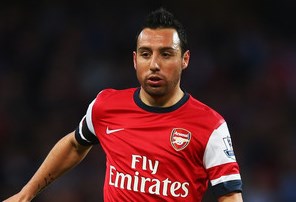 The Spanish international watched the FA Cup when he was in Spain and believes the two-legged structure of the Copa del Rey gives the bigger sides an unfair advantage.

“The difference is that here you have a greater chance of a smaller team getting to a final,” Cazorla told Arsenal Player.

“It is just one game, you can play home or away, that is the luck of the draw but in Spain there are two legs.

“With Barcelona or Real Madrid, it is very difficult to beat them because you have to play at their stadium, I think it is better here because all teams have a chance of progressing. Look at Hull City this year or Wigan last year, that makes things more open.

“It is the first ever cup final that I am going to play in, I have just played in the finals of the European Championship with the national side and I have never played any other final with any club. So it is something new for me and something that I want to experience, hopefully it is the first of many with Arsenal.”