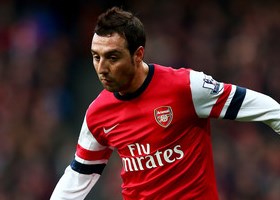 It has been reported that Arsenal are offering new terms to Santi Cazorla.

The Daily Mail reported that the Gunners are also trying to secure playmaker Cazorla to a new contract.

The Spanish international’s £70,000-a-week deal has two-and-a-half years to run, but the club are looking to extend by a year.

Olivier Giroud Defends Mikel Arteta : He Was Under Pressure!