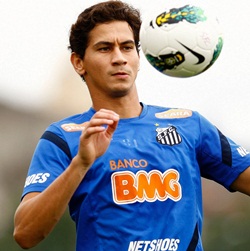 It has been revealed that Tottenham and Arsenal have been warned over the asking price of want-away Santos star Paulo Henrique Ganso.

“We learned that from the club’s president Luis Alvaro last Thursday.

“Ganso has lost his interest in Santos so we won’t try to keep him anymore.”

Rodrigues insisted Santos will hold out for Ganso’s buy-out clause – rumoured to be in the region of £45 million for international clubs.

“We won’t give up his buyout fee. Negotiations are open but the buyout fee has to be paid.”