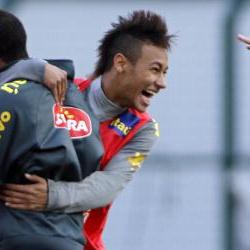 It has been revealed that Chelsea will have to cough up £41million to sign Brazilian wonderkid Neymar.

This is according to Neymar’s agent Wagner Ribeiro, who claims ALL the world’s top clubs are chasing the talented Santos striker.

Blues owner Roman Abramovich has already had one bid knocked back by Brazilian club Santos.

Ribeiro said: “Last year Santos received an offer of £32m from Chelsea and it was rejected. Now he would not leave for less than £41m.

“Neymar is like Messi. Soon he will be the best in the world because he is a player unlike any other. He is just 19 but all the big clubs are following him.”