According to reports from BBC Sport, Fulham’s Sascha Riether has been suspended for three matches with immediate effect after he accepted an FA charge for violent conduct. 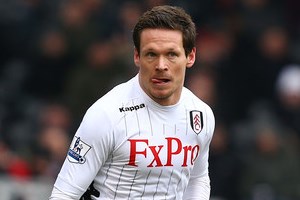 The defender became the first player to be charged under a new retrospective action scheme.

The 30 year old appeared to stamp on Manchester United’s Adnan Januzaj in Fulham’s 3-1 loss, but match officials did not see the incident.

Under the new rules, a three-man panel of former elite referees looked at the incident and advised Riether committed an act of violent conduct.