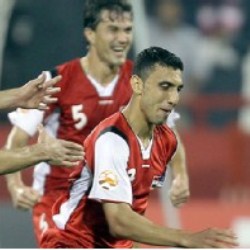 Syria stunned 2007 Asian Cup finalists Saudi Arabia as Abdulrazak Al Husein’s double at Al Rayyan Stadium was enough to get their Group B campaign off to a fine start.

Al Husein found the back of the net with deflected efforts either side of Taiseer Al Jassam’s equaliser to send Syria top of Group B following Japan’s earlier 1-1 draw with Jordan.

Yasser Al Qahtani, who was an injury doubt before the game, was declared fit but the 28-year-old striker failed to make a significant impact.