It has been revealed that SC Freiburg chiefs are resigned to losing German U21 international Matthias Ginter. 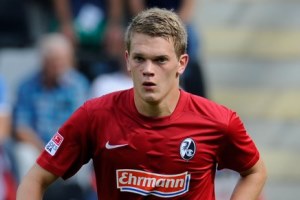 The central defender is a top target for Arsenal boss Arsene Wenger, who has enjoyed great success in the German transfer market over the past 18 months.

Ginter’s deal runs to 2015, but Freiburg chief Klemens Hartenbach said: “I hope when Matthias is 28 he is no longer playing for us.

“This is a great player who the world deserves to know.

“But it would be negligent for us to sell in January.”

Along with Arsenal, Borussia Dortmund are also interested in the youngster.