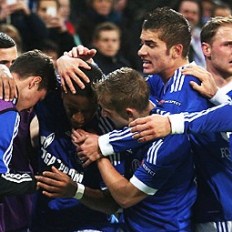 Arsenal squandered a two-goal lead in Germany as Schalke denied Arsene Wenger victory on his return from a touchline ban.

The Frenchman has been forced to watch the first three Group B fixtures from the stands, including the surprise 2-0 defeat at the hands of the Bundesliga outfit a fortnight ago.

Arsenal’s long unbeaten Champions League home run came to an end that night and they had looked set to get revenge in Gelsenkirchen after netting two first half goals in quick succession.