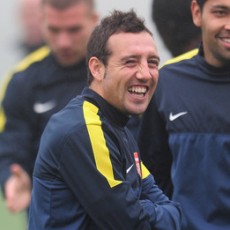 Then 58 year old heaped praise on the Gunners’ Spanish midfielder ahead of tonight’s Champions League clash.

“He’s a very ­important player even though they have many good players in their squad.”

Per Mertesacker : Arsenal Full Of Confidence!