It has been reported that Schalke defender Sead Kolasinac is bracing himself for a potential summer move to Manchester United. 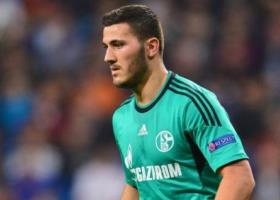 The Bosnian international left-back has claimed that the Red Devils have made an offer for his services that he and Schalke are both considering.

The 20 year old told Bosnian newspaper Dnevni Avaz : “It is true me and my club both got an official offer from Manchester United Sead Kolasinac,”.

“But at this moment I wouldn’t like to talk much about this.

“My manager knows all about this offer from England and together we will think and then make a decision.

“I will take my time, I will not hurry.

The talented Kolasinac has made 23 Bundesliga appearances for the Royal Blues this season and would reportedly cost United around £8million.