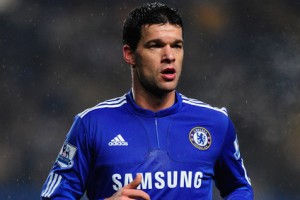 Michael Ballack is still in negotiations over a new Chelsea deal with no guarantees a deal can be agreed.

The experienced German international was previously linked with Inter Milan, but a return to the Bundesliga now also appears to be an option with Schalke having shown an interest in signing Ballack.

“We are indeed interested in signing Michael Ballack. I’m confident that he’s ready to accept a pay cut if he decides to return to the Bundesliga this summer,” Schalke coach Felix Magath told Berliner Kurier.

However, the 33-year-old midfielder has not given up on a new Blues deal just yet and contract talks are expected to be resumed at the end of the season.