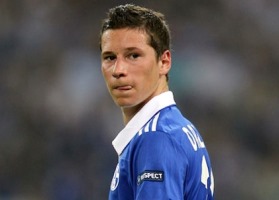 While the Gunners were clearly keen to add the German international to their ranks, his club refused to do business with them because an adequate replacement wasn’t available.

“There were offers for Julian this winter,” said Heldt.

“We told him, but also that we wouldn’t let him go.

“There was no replacement on the market and Julian didn’t really want to leave. But he would have brought us a lot of money.”