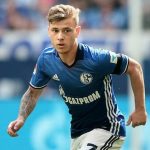 The 21 year-old midfielder has been linked with a Premier League move this season.

And Meyer reveals Spurs have been following him.

“I know that there was an interest, and Schalke were contacted,” he told BILD, “but they immediately put a stop to a possible deal.

“There was nothing more to it.”