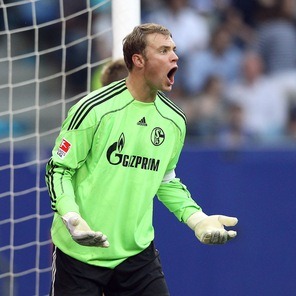 Transfer reports from the German Bundesliga is out and it has been revealed that Premier League giants Manchester United have been encouraged to bid for Schalke goalkeeper Manuel Neuer.

The Germany international goalkeeper has been mentioned by United keeper coach Eric Steele as a potential successor for the retiring Edwin van der Sar.

Schalke have appeared reluctant to discuss terms over the Germany No1 but the Daily Mail has reported that United will be given permission to speak to Neuer, 24, if they submit an ‘acceptable’ written offer.