Manchester United legend Paul Scholes has admitted that he was a big fan of former Tottenham and Newcastle United star David Ginola. 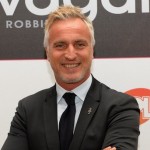 Scholes was discussing Ginola’s bid for the FIFA presidency.

Scholes wrote in the London Evening Standard: “Ginola was a great player in his time. He could play off either foot, he could beat a man.

“I don’t recall him ever being discussed as a potential United target but he would have been good enough to play for the club. I think Sir Alex Ferguson would have got a bit more tracking back out of him. For all his qualities, I am still amazed he won the Football Writers’ Association footballer of the year award in our treble-winning season. What more could we have done?”