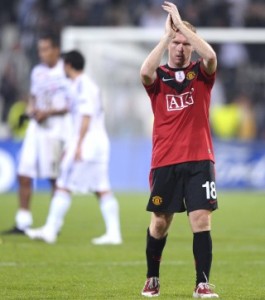 Manchester United midfielder Paul Scholes has revealed that he will turn his hand to coaching when he hangs up his boots.

The former England international midfielder, who is contracted to Manchester United until June 2010, turns 35 in November.

And Scholes has said that he is keen to see whether he can be a success as a manager and told reporters that he is going to give the coaching job a go and see how it goes.

He added that he will probably start looking into coaching in the next couple of weeks and he is interested to see how it feels to do that.