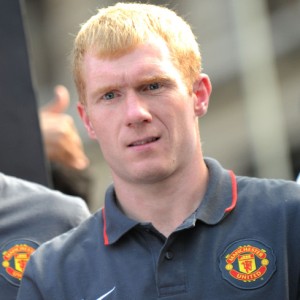 Manchester United’s veteran midfielder Paul Scholes believes that the rivalry with Manchester City has gone up a notch given their spending power.

Paul Scholes scored the winning goal in the last Manchester derby with an injury-time header.

The former England international said: “The last thing we want is City above us. It has not happened since I have been at United.

“We will have to see what happens there. They have bought so many players. Whether they can gel together remains to be seen.

“It is great for the city to have two top teams. It makes a change from them being in the second division ten years ago.

“There has always been big rivalry between us anyway but even more so with the power they have got.”