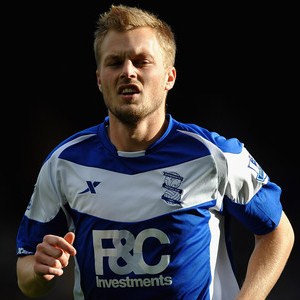 Birmingham City midfielder Sebastian Larsson is set to be offered an improved deal to ward off any advances from rivals Stoke City.

It has been reported recently that the Potters have been on the trail of the Swedish international, infuriating the Blues who are desperate to retain him but have yet to shore up a new deal.

Stoke chairman Peter Coates has come under fire from Birmingham manager Alex McLeish who feels the club have breached the code of conduct regarding the pursuit under contract players.

“Peter maybe doesn’t know the rules. We’ll forgive him on this occasion. I’m sure he will have been aware of them by yesterday,” McLeish said.

“Julia Shelton, our club secretary, would be on to that. She has been in the game a long time.”

As for the fresh Larsson offer, McLeish said that it was all in the process of happening.

“I think it’s being prepared as we speak!” he added. “Then it will be up to Seb.

“We will have to see whether he accepts it or not, or if there is any further negotiation. We’d like to keep Seb. We don’t like young guys like Seb walking away on free transfers.

“He’s a good asset and he’s had a good season so far.

“But he’s got to put it to one side and concentrate on his game.”