Sergi Roberto has revealed that he is not ready to quit Barcelona. 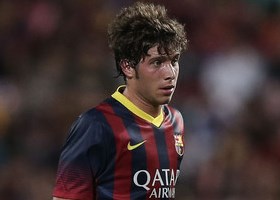 The Spanish U21 international is on the outer of Barca coach Tata Martino’s plans this season and his situation has sparked interest from across Europe.

AC Milan, Liverpool, Tottenham and Manchester United are all in contact with Roberto’s camp about a move away from the Nou Camp in January.

But for now, Roberto has instructed his agents to resist all offers as he wants to prove himself at Barca.

The midfield schemer is now inside the final two years of his existing contract.