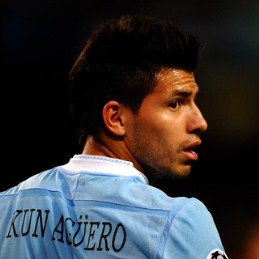 The Argentine international striker was 10 when he watched Michael Owen carve open Argentina’s defence in St Etienne at the 1998 World Cup. He knew then he wanted to play in England.

“I watched the Premier League on television,” said Aguero.

“I prefer it to La Liga and Serie A.

“I loved Michael Owen. I always followed him at Liverpool. That’s why I started watching the Premier League.

“Obviously the style of play here is different to Spanish football but I will adapt as quickly as possible and try to be fully focused during training sessions.”