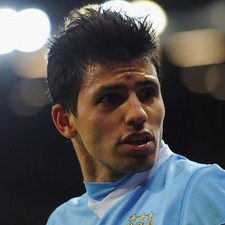 Sergio Aguero has admitted that he was a Liverpool fan before moving to Manchester City.

The Argentine international striker, who is also the son-in-law of Argentinean legend Diego Maradona, says Manchester United striker Michael Owen’s success with the Reds led him to following them.

“It’s just that one of the players who was my idol when I was growing up was Michael Owen. He was quite small and had an eye for goal, just like me. It’s since he scored against Argentina in 1998, although I wasn’t too happy at the time.”