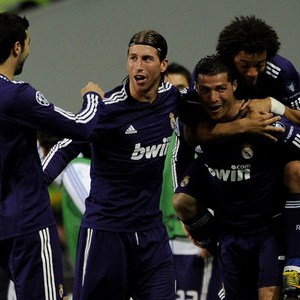 Real Madrid defender Sergio Ramos has declared that they can still pull off a shock title victory after Saturday’s draw with leaders Barcelona.

With only six games now remaining, the Spanish international star has pledged to continue pushing as long as they can.

The 25 year old said : “Whilst no team has been mathematically crowned champions we are obliged to carry on and put Barcelona under pressure,”.

On Wednesday will play Barcelona once again in the Copa del Rey final, while they also face the same opponents in the Champions League semi-finals.

“We have a large squad with quality players. Everyone on the team has responded whenever they’ve been given a chance to play,” he added. Agent : Karim Benzema Will Stay At Real Madrid Next Season!