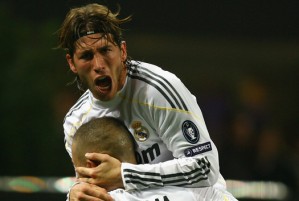 Ramos played with Navas at Sevilla and rates his former teammate as among the best young wingers in Europe.

The Real defender told reporters that Navas is a great player who is showing that he is ready to play on a bigger stage and is on par with other major players.

Ramos then added that his arrival would do a lot for the current Real Madrid team.

The Spain international defender then went on to say that he would choose Jesus Navas over Bayern Munich’s Franck Ribery.