Reports are out claiming that Real Madrid defender Sergio Ramos refused to seek excuses for their Super Cup defeat to Atletico Madrid. 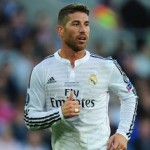 The Spanish international said: “When you play for a title and lose it’s a shame. The first half saw us create good chances but final are decided by small details. They went ahead early and took the game where they wanted.

“You have to congratulate your opponents and not take anything away from them. When one loses, everything is an excuse. Now we have to move on. It couldn’t be, but we are proud to have won the Champions League and the Copa del Rey and to play the European and Spanish Supercups. We have to carry on working. We are up for a successful season and we want the season to start.”