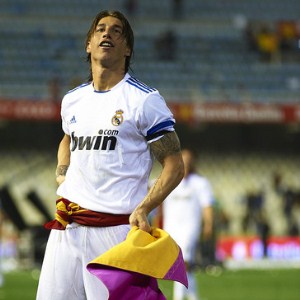 Sergio Ramos has hailed the squad’s unity ahead of their Champions League semi with Barcelona.

The Real Madrid defender said the way the team performed in Valencia despite Mourinho making nine changes with Wednesday’s match in mind shows the unity in the squad as they focus on their goals.

Ramos said : “It is more united than ever,”.

“We are all extremely excited about the times we are living. The Champions League is a very important competition and it is at stake for us. Now is when we must show everyone how excited we are.”

However the Spanish international star is making no bold predictions of victory, admitting instead to a genuine excitement about the fixture.

“Both Barcelona and Real Madrid have great players and no one knows what will happen,” he said.

“We all know of the responsibility we have and what it takes to defend these crests. We will have to give our all to win.”