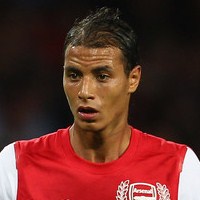 It has been revealed that Sevilla are chasing Arsenal striker Marouane Chamakh.

According to Estadio Deportivo Sevilla chief Monchi is planning to land the 27 year-old Morocco international for the January market.

Chamakh has struggled to make an impression at Arsenal since his arrival last year and is expected to be moved on in January.