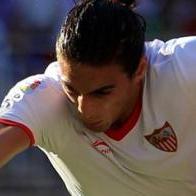 Manu opened the scoring after 15 minutes with a wonder goal, then Martin Caceres doubled Sevilla’s lead after heading into an empty net early in the second half.

Sporting got themselves back into it through David Barral just a few minutes later, but couldn’t find that crucial second that would have given them just their second point of the season.