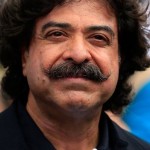 Mohamed Al Fayed has ended his 16-year stint as Fulham owner by selling the club to Shahid Khan, owner of NFL side Jacksonville Jaguars.

Khan, 62, a billionaire car-parts entrepreneur, is the sixth American owner of a Premier League club.
During his time in charge, Egyptian Al Fayed, 84, took Fulham from the third tier to the top flight and into Europe.

“It has been a pleasure and privilege to be chairman of Fulham football club for 16 memorable years,” he said.
Financial details of the takeover have yet to be officially disclosed, with media reports valuing the deal at between £150m and £200m.

A leading supporters group said the news represented an “exciting but uncertain time” for Fulham, who finished last season 12th in the league. Manchester City Locked In Talks With Fulham For Patrick Roberts