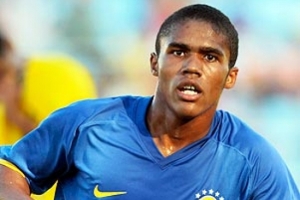 Manchester United boss Sir Alex Ferguson attempted to have Douglas Costa trial at Old Trafford, only for Gremio to turn down their approach.

The midfielder’s agent, Cesar Bottega, revealed last night that Douglas Costa will be joining Shakhtar Donetsk and will fly to the Ukraine this weekend.

It is believed that Shakhtar are coughing up a fee of £5 million for Douglas Costa, with the deal including a 20 per cent sell-on clause for Gremio.