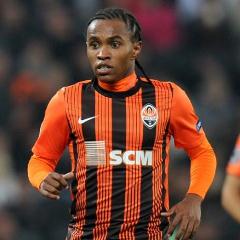 It has been revealed that Shakhtar Donetsk coach Mircea Lucescu admits Willian could be on his way to Chelsea this summer.

The club insisted Willian was not for sale at the time, but boss Lucescu has changed tack.

“They have to pay the price,” he said at the club’s training centre on the outskirts of Donetsk.

“They have to pay the price because we bring the players here at 17 or 18 years old.

“We pay a lot of money because they are talented players and we bring them up. I have 23 or 24 [players like that], not only Willian.

“Luiz Adriano, Douglas Costa, Alex Teixeira, Dentinho, Alan Patrick – they are very young and they are already prepared to win the championship with a good mentality.

“They have played a lot of matches in Europe and they have a very, very good value.

“If Chelsea pay his [asking price], I am not against letting my players play for the big clubs.

“If they pay the price, he can go. If not, he will remain here because he has another two-and-a-half years on his contract.” Ramires Insists Chelsea Has What It Takes To Overcome PSG