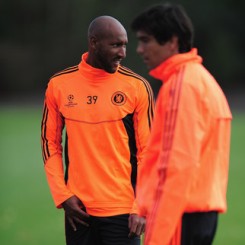 Chinese Super League club Shanghai Shenhua said on Thursday their transfer talks with Chelsea’s Nicolas Anelka would be resolved within five days, one way or the other.

Club spokesman Ma Yue confirmed to Reuters that they were in negotiations with the French striker, but would not reveal any details.

“Many details of the contract are under discussion right now,” Ma said by telephone.

“The negotiation is nearing a close.

“The deal will definitely have a final result within five days… we hope the public will wait patiently for the final result.”

John Terry Confident Chelsea Will Go All Out Against Barcelona