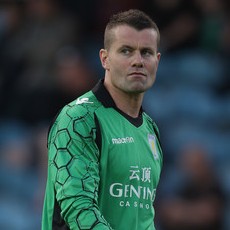 Reports are out claiming that Shay Given is set to leave Aston Villa in January.

The Mail on Sunday reported that the 36 year old is on a list of players that manager Paul Lambert is willing to sell to reduce the wage bill at Villa Park.

Given retired from international football after Euro 2012 to concentrate on his club football but has since been replaced in the Villa team by Brad Guzan.