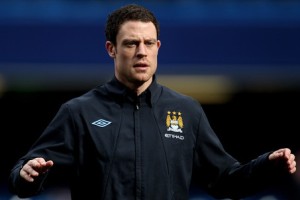 Shearer wants Manchester City left-back Bridge to tell manager Fabio Capello that he will go to the World Cup whatever his differences with his former pal John Terry.

The former Newcastle striker told reporters that : “Bridge has said he’s not going, wrongly in my opinion. I think you should put things aside, it’s football.

“It’s the manager’s job to make sure they get on with it. Bridge should just say he’s going.

“No other issue should get in the way of a World Cup. If he has the choice to go and he says ‘no’ then I think he might regret it in time.” Manuel Pellegrini Insists No Reason To Panic After Chelsea Defeat