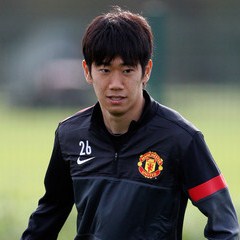 Sir Alex Ferguson has declared that Shinji Kagawa is making good progress from his injury.

The Manchester United boss confirmed that the 23 year old Japanese international had returned to training after his knee injury and there is an outside chance he could be involved at the weekend against Manchester City.

“He’s showing good promise now. It is much better and I don’t think he is far away,” said Ferguson. Sir Alex : We Are Expecting A Good Performance From Rooney!