It has been revealed that Shinji Kagawa feels Manchester United can make a big title push this month, starting with Everton. 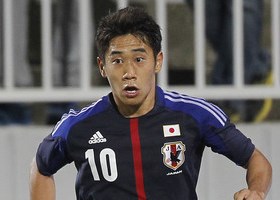 The reigning Premier League champions will look to extend a 12-match unbeaten run and maximise the opportunities presented by a packed December schedule.

“There will be plenty of points on offer so we just need to pick up as many of them as possible,” Kagawa told United Review.

“With so many games in a short space of time, there’s a chance for us to build momentum and gain confidence by putting in some good performances. It is important for us to come out the other side having picked up a high percentage of wins from those games, to aid our push in the latter half of the season.”