Reports are out claiming that Shinji Kagawa is determined to prove himself at Manchester United. 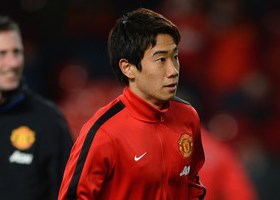 With injury hampering his performances last term, the £12million signing has so far failed to impress.

The Japanese international remarked: “After my transfer I was very aware of people’s expectations – but I couldn’t meet them, which was very frustrating.

“I got some chances to play later last season and by then I was more accustomed to the team and my environment, so I played much better. This season I want to improve.”