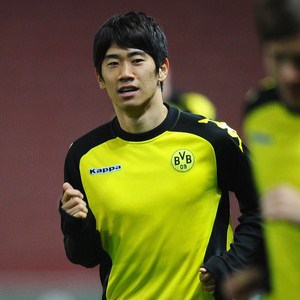 Shinji Kagawa has declared that Borussia Dortmund will be happy to win “ugly” tonight at Arsenal.

The Germans put themselves back in the Group F running by beating Olympiakos but need another win tonight to stay in the hunt.

Kagawa said: “That last result has lifted us. This is like a final for us and we must avoid defeat if we are to progress.

“We drew 1-1 with Arsenal in Dortmund and it was a fair result.

“Now I am looking for us to win an ugly match — I’d rather that than we play well but lose.”

But the Japanese star, 22, warned: “Robin Van Persie is a sensational striker and one of the best in Europe.

“I just hope he fails again against us.”