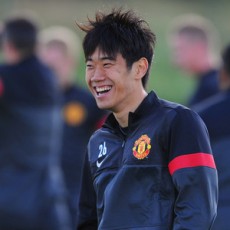 Reports are out claiming that Manchester United midfielder Shinji Kagawa is out for up to four weeks with a knee injury.

The Japanese international midfielder picked up the knock during Tuesday’s 3-2 comeback Champions League win over Braga at Old Trafford.

United boss Sir Alex Ferguson confirmed: “Kagawa is out for three to four weeks. Playing on Tuesday didn’t help. It is disappointing.” Man Utd Unimpressed By The Behaviour Of Dani Alves

Wayne Rooney Set To Go All Out Against Chelsea