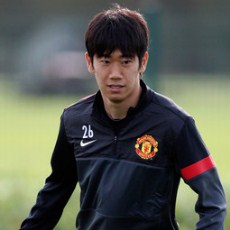 The 23 year old Japanese international was missing for the win over Stoke City.

“Shinji Kagawa didn’t play on Saturday so he can prepare for tomorrow. Also, Stoke’s a different team to any other side he’s played. But mainly it was to give him a rest before tomorrow,” said Ferguson.